The internet today is omniscient, depicting Big Brother Orwell’s dystopian novel, 1984.[1] With large amounts of data being generated every second, such an enterprise is destined to pose newer problems for governments worldwide, the issue of fake news, rumours, incitement and violence. However, it is bliss at the same time, a platform to share stories, help others, voice criticism, stand against discrimination, and unite. The question is, where do we, the governments and policymakers, draw the line?

In recent times, such barriers that the government initiated against open communication in cyberspace have caused a public outcry. These include the ban of 59 Chinese applications, firstly in the wake of the Galwan clash in Ladakh in 2020, and later in September 2020, 117 more Chinese applications, including TikTok & PUBG.[2] In February 2021, Twitter India withheld several accounts for allegedly making “fake, intimidatory and provocative tweets” with hashtags accusing the Narendra Modi government of planning farmers “genocide”.[3] And recently, in April 2021, over 50 tweets were removed by Twitter which was about the government’s mismanagement in the oxygen crisis of COVID-19.[4] This blocking was undertaken through a self-sufficient provision concerning internet behaviour, that is, section 69A[5] entitled the “power to issue directions for blocking for public access of any information through any computer resource.”

ANALYSING THE LEGALITY OF SECTION 69A:

Section 69A[6] of the Information Technology Act, 2000 (hereinafter referred to as IT Act)  allows the government to check online content. It states that if the content of information produced, distributed, obtained, stored, or hosted in any computer resource threatens India’s stability, defence, sovereignty, or dignity, the central government will block access to it under Section 69A.[7] This section’s validity has been questioned in the Shreya Singhal case[8] and now, in recent times, due to certain arbitrary blocking of content. This section has been challenged by two questions, which are:

Though the need for safeguards against the spread of false information on the internet is not disputed, this section is structured arbitrarily. Firstly, there is no clear-cut definition of what impacts the security and sovereignty of the country, which makes this section arbitrary and an emergency provision to shroud it in secrecy. Thus, this section legalises internet censorship through a shell game. Further, it makes Section 69A an umbrella law, with an uninformed meaning of terminologies, and no conditions or exceptions, necessary to curb the existing issues. Moreover, when policymakers enforce extensive data controls, such as this provision, they invariably become selective. They attempt to suppress all details that contradict the political party in power’s narrative, which is an apparent assault on Article 19[9] of the Indian Constitution, which guarantees freedom of speech and expression.

This chilling effect of Section 69A[10] was challenged in the Supreme Court in Shreya Singhal v. Union of India.[11] The court affirmed the substantive validity of Section 69A in the case, noting that it is broadly drawn and contains many provisions. Accordingly, the court observed the following to uphold Section 69A:[12]

However, the Information Technology (Procedure and Safeguards for Blocking for Access of Information by Public) Rules, 2009[15] (hereinafter referred to as IT Rules or Blocking Rules) contradict this “procedure established by law.” In the event of an emergency, the directives are first passed by the committee’s chairperson and later addressed to the committee. However, neither is there any definition of what constitutes an emergency nor are any exceptions or conditions for enabling such an “emergency” mentioned.

Moreover, in an emergency, no time is allowed for the stakeholder to respond until action is taken. Rule 9 of the IT Rules[16] requires a review committee to submit “recommendations on the event, including whether it is justifiable to block the accounts” to uphold the account blocking indefinitely. Furthermore, an overriding effect can also be undertaken through Rule 16[17] of the Blocking Rules which has been repeatedly criticised as being “unconstitutional,” as it notes that petitions and complaints to block accounts must remain private.

This provision is misused by the government recently. A Harvard based think-tank, Lumen Database,[18] reported that at the government’s request, Twitter took down over 50 posts, which were based on the mishandling of the current pandemic, healthcare system “collapsing” with “#ModiMadeDisasteras well as against setting up of Kumbh Mela and Political Campaigns in such challenging times. Neither was there an establishment of a committee to address, nor did the government consult stakeholders before declaring the current situation “emergency”. This indicates that this move was based on the ruling party’s political motive, which has hindered the right to expression of the citizenry. Moreover, the Ministry of Electronics and Information Technology has not yet confirmed such requests made by the government, indicating that the Supreme Court’s stance on the ideal working of this provision by the government has been widely exploited.

Similarly, recently, Facebook Oversight Board also revealed[19] that the taking down of posts was deemed to be violative of its community standards on Dangerous Individuals and Organisations, but were simply against BJP or RSS incorrect. It held that they were neither rumours nor inciting violence, and thus removing them was an ‘enforcement error’. Furthermore, it stated that the posts were factual descriptions, analysing the history of Khalistan and present farm protest in light of the Sikh Genocide. Therefore, such a post was not inciting instead descriptive of facts and studies. Thus, Section 69A[20] is an unrestricted, arbitrary power in the hands of the government which can be easily exploited by sidelining the set procedure established.

Moreover, the database for such events is also not be accounted for. Therefore, the government can misuse the emergency provision and Rule 16[21] of IT Rules, anytime.  Hence, we as citizens rely on the voluntary disclosure or goodwill of intermediaries or think-tanks, like Lumen Database.

The Blocking Rules, 2009 came alongside the IT Amendment Act of 2009 to aid in implementing added provisions. Rule 16 of which forms an overriding impact over the rest of the procedure that is established through these rules.  It states that both blocking requests from the government and the conduct taken by an intermediary in response to those requests must be kept in strict confidence. Such a provision does not comply with the Supreme Court’s observation in upholding section 69A[22] in the Shreya Singhal case.[23] Moreover, the Supreme Court ruled in Anuradha Bhasin v. Union of India[24] held that “reason must be provided when internet access is restricted.” Thus, the current subordinate IT Rules of 2009[25] are neither complying with the parent act’s objectives nor the Supreme Court’s verdicts, demanding accountability and transparency, even while restricting internet access.

The right to a hearing is another ground on which concerns have been raised, where Rule 8[26] of the blocking rules extends pre-decisional hearing to the content creator or originator. As a result, a hearing will be given to Twitter instead of the creator, and Twitter has no incentive to challenge the order. If Twitter doesn’t comply, it is at risk of being fined and even jailed. Essentially, it is enabling opaque censorship, with no accountability as Right to Information is also rejected by allowing rules to 16,[27] as it has a confidentiality requirement and gives no access to content creators on the blocking order.

CENSORSHIP IN LIGHT OF THIS PROVISION:

Section 69A[28] of the IT (Amendment) Act mentions that the government and all of its officials depend solely on this provision for censoring data in cyberspace. In 2020, the government used this provision to block access to 59 mobile applications of Chinese origin. However, due process was not pursued as the applications were banned.[29] Moreover, despite receiving written submissions in July 2019, the government is yet to hold an in-person hearing with the software firms (the stakeholders), as is required, according to the IT Blocking Rules. While this decision might seem appropriate considering the border hostilities that the two nations, India and China, are undergoing; however, Article 69A[30] may be used to threaten Indian companies in the future as well, which is perilous territory. Evidence of such domestic application of section 69A[31] was observed in Kerala in 2020, when the Kerala Police Act was revised to include Section 118(A),[32] which stipulated a five-year prison sentence or a fine of Rs 10,000, or both, for any abusive or threatening social media or cyber post. However, this amendment was scrapped to avoid a backlash in state elections which were due in six months.[33]

Moreover, these censorship-enabling rules have placed Indian Tech Industry on a thin edge. As a nation that aspires to make itself a world pioneer in artificial intelligence, machine learning and the internet of things, such laws, especially after Chinese Applications Banning and Kashmir Internet Blackout, could lead to other countries being cautious of investing in India. Moreover, it shall discourage citizens from undertaking the Digital India initiative, as the government itself, through such provisions, is not standing up to the accountability and transparency it promised.

Through the above analysis, it can be observed that Section 69A, along with the Blocking Rules, is an arbitrary provision bound to be exploited. Firstly, it is not necessary to counter the fake news or incitement – avoidance issue that social media may pose. These provisions form an umbrella law of censorship, unaccountability and opaqueness. They will cause more public outcry and incitement against the nation due to uninformed and autocratic non-transparency.  Secondly, the said provisions are not narrowly drawn or closely tailored to serve the compelling governmental interest of protecting the sovereignty and integrity of our nation.

Rather than solely an institutional exercise, there is a stronger need to include the judicial review in this umbrella censorship provisions. In addition, greater accountability in the decision-making process is needed in a vibrant democracy like India. The government must be transparent on the data that has been blocked and the reasons for the same. Instead of being shoved down people’s throats, this level of accountability will lend credibility to any political decision. Although the amendment in Section 69A[34] can be a stopgap move, a balance between the two facets of the internet must be drawn. This harmony can be constructed through a robust system that overhauls that government’s interest vis-à-vis ensures the fundamental rights to expression and uninterrupted use of the internet, which provides for transparency and accountability.

Tannvi, An Umbrella Rule to Blocking Content: Is it time to overhaul Section 69A?, accessible at https://metacept.com/an-umbrella-rule-to-blocking-content:-is-it-time-to-overhaul-section-69a?

[29] Ministry of Electronics & IT, Government Blocks 118 Mobile Apps Which are Prejudicial to Sovereignty and Integrity of India, Defence of India, Security of State and Public Order, Posted On: 02 SEP 2020 1726 HRS., Access At: https://pib.gov.in/PressReleasePage.aspx?PRID=1650669. 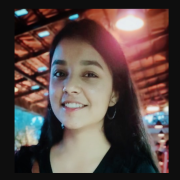 I am a Humanities Law [BA LLB (Hons.)] student, with a major in Economics & Political-Governance Theory, at CHRIST (Deemed to be) University, Bengaluru (Batch of 2024). I am presently engulfing the intersection of International Relations and Cyber/ Technology Laws. I also have a keen interest in Corporate Commercial Law, Contracts, Dispute Law, International Trade Law, Real Estate Law and Intellectual Property Laws. ( Institutional Email Address: [email protected] )

Government’s Demand for traceability vis-a-vis WhatsApp’s Encryption: Could they co-exist?